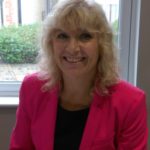 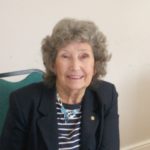 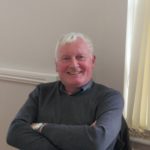 Starting her career as Senior Youth Worker,  Shirley set up the charity The Befriending Scheme in 1989 to provide friendship and fun for adults with learning disabilities. The Befriending Scheme is still going strong, and currently delivers one to one befriending and a range of social groups to hundreds of  vulnerable adults across Suffolk and into Norfolk.

Shirley as instrumental in the setting-up of Hive and is a passionate advocate of the voluntary and community sector.  Shirley is also a BACP counsellor.

After a career in secretarial and office management, including Nature Conservancy, NHS and  University of Essex (Departmental Administrator until 1997) Lesley became Development Manager for Green Light Trust and Gainsborough’s House. She is currently the Chairman of Sudbury Market Town Partnership and has delivered several capital projects completed including Talbot Trail, Siam Gardens and Old Market Place refurbishment.  She is known locally as the ‘Queen of funding applications’ having had so many successful applications over the years!

Lesley is very active in Sudbury life, having been a Primary school governor for 40 years, serving as Chairman of Governors at four different schools and was Sudbury Town Councillor from 2003 to 2015, and Town Mayor 2005-06.  She was a member of the Sudbury Project Steering Group from July 2012, Chairman, Sudbury NHS Transition Group from April 2013 until opening of new Health Centre; member of NHS Project Board for the Sudbury Health Centre from June 2013 to end 2014.

In her rare moments off, she enjoys trips abroad with her husband.

Robin Hodgkinson has been a trustee of Hive since it became a charitable incorporated organisation (CIO). He is a freelance trainer in the voluntary and community sector, working in Suffolk, Essex, Bedfordshire, Hertfordshire and North London, specialising in delivering a wide range of courses for trustees, volunteer managers and staff. He is also the author of a wide range of online tool-kits, covering subjects as diverse as taking and presenting minutes, stress management, policies and procedures and writing good funding applications. He is also the author of the 12 module non-accredited Trustee e-Learning programme that has been endorsed by the Charity Commission.

Outside work he is chair of The Christopher Centre Trustee Board and a trustee of Sudbury Market Town Partnership. He has helped to run the Quay Theatre’s Summer School of Performing Arts for 10 to 16 year olds for over 25 years and every two years he can be seen treading the boards, scripting and directing the story that accompanies the Quay School of Dance shows.

Robert joined the Hive Trustees Board and serves as Treasurer.  He was involved the concept of Hive since it began in 2010 and has watched the development of this important local initiative from his post of CEO of the Quay Theatre , where he served since 2000.

Prior to that, education led him variously into the world of theatre and then into magazine and newspaper publishing where he worked on a range of business development projects. He is now retired, but is still involved with a range of Suffolk based charity activities.  He has lived in East Anglia all his adult life and now lives with his wife in Sudbury, where they sometimes entertain his children and their offspring.

Gareth has had a varied career, having been a maths teacher for forty years, an Assistant Head, and a Principal Examiner for GCSE  mathematics. When he and his wife moved to Sudbury in 2010  he became involved with the local community in many roles, including as treasurer of the River Stour Trust for four years, when he raised the £70,000 required to replace the lock gates at Flatford. He has been the treasurer and chair of the Sudbury Choral Society. the local choral society and the Arts Society in Sudbury.

Andy has had a varied career as an Entertainment and Banqueting manager in the 1980’s, a Teacher of English as a Foreign Language in the 90’s, before taking over as Branch Manager of the local Cheltenham & Gloucester Building Society and then managing Crown Post Offices in Haverhill, Cambridge and Sudbury. He can still be found occasionally on the counter in the new re-sited Post Office in Sudbury. He served on Sudbury Town Council for 16 years until 2015 and is still active in local politics.